There are four large oak trees growing in the front yard of the Mathias family home, about a hundred yards or so behind the Four Oaks Farm Country Store. These four trees are the namesake of our family-owned business which, just like the trees, has stood the test of time and weathered the storms of change for nearly 85 years now.

The Mathias family has been involved in business and farming in Lexington, South Carolina for more than four generations. It is through the efforts and contributions of many family members and faithful employees that our various farming and business enterprises have grown stronger throughout all these years.

THE HISTORY OF FOUR OAKS FARMS

F.T. Mathias, Sr. owns several stores in Lexington during the 1930’s and early 40’s and runs a local farm. (Since 1929, members of the Mathias family have run the Four Oaks Farm in one form or another).

F. T. Mathias, Sr. and his three sons, Francis, Fred, and Donald (Pete) Mathias continue to operate several businesses during the 40’s, and 50’s including Four Oaks Farm, which specializes in the production of registered Berkshire hogs. The Berkshire breed is known for a very high quality of pork and the demand for breeding stock for the breed is high.

Four Oaks Farm is one of the nation’s most successful hog farms during this time. Annual auction sales of registered Berkshires are held at the farm and customers come from all over the nation to purchase breeding stock from the Mathias family. In the 1958 sale catalog, Four Oaks Farm reports satisfied customers in 24 states and Cuba.

Four Oaks Farm enters Berkshires in major shows throughout the country and wins top awards at many State Fairs and regional & national shows. In 1959, the National Champion Berkshire Boar is bred and exhibited by Four Oaks Farm.

During the late 1950’s, Donald (Pete) Mathias begins curing hams and bacon and making pure pork sausage for sale to the public. F.T. Mathias & Sons continues to operate a feed and seed store and continues the livestock farming operation. Farming operations are expanded to include row crops and fresh vegetable production. A new generation of the Mathias family including Tillman Mathias, III (son of Francis), Fred, Jr. and David (sons of Fred) become more involved in the family business as they grow older.

After the death of F.T. Mathias, Sr. in 1960, the sons continue to operate the family farm and businesses. The demand for hams, bacon, and sausage and farm fresh vegetables continues to grow. These farm products are offered for sale to the public at the feed store.

During the early 1970’s, the Mathias family decides to convert one of the old barns on the farm into a country store as an outlet for meats and vegetables grown on the farm.

Many businesses in the area discover that the quality products from the farm are ideal holiday gifts for business associates, employees, and friends & family. This is the beginning of the gift business that thrives at Four Oaks Farm today.

The Mathias family adds a variety of quality products to its store and demand continues to grow. The number of Four Oaks Farm ‘gift boxes’ available is significantly expanded and the company begins marketing itself on a broader basis.

Four Oaks Farm, Inc. now operates the Country Store and the Packing & Shipping Warehouse that supports the Country Store and Mail Order Division of the corporation. Fred Mathias, Jr., David Mathias, Tillman Mathias, III and Michael Mathias along with a group of trusted employees, continue to operate the business, and continue to place high priorities on quality and customer service.

In 2003, the company decides to create an all new, innovative website in an effort to better serve its growing base of local and national customers. The website is just one of the ways that Four Oaks continues its 80 plus year tradition of placing the customer first in its businesses.

“Gifts of Great Taste for Every Occasion.” 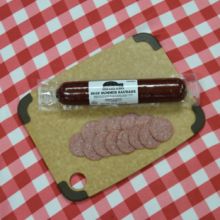 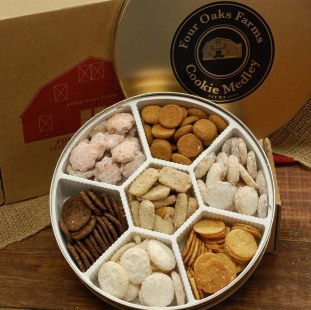 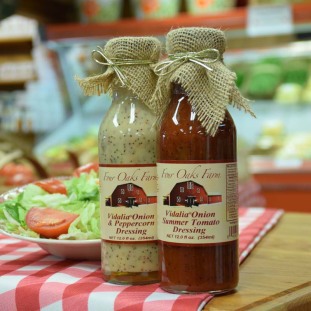 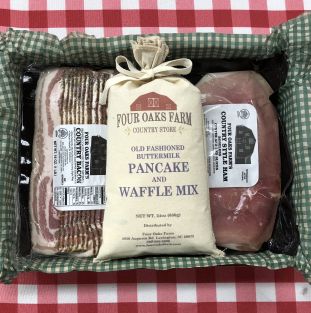 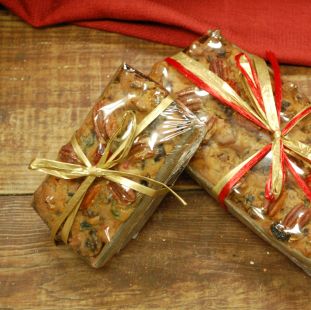 For generations, Four Oaks Farm has been shipping out Gifts of Great Taste to folks all around the country. Gestures of sincerity and networking are greatly appreciated all year long, no matter the occasion. Extend your professional friendship to customers, clients and associates with a gift from Four Oaks Farm.